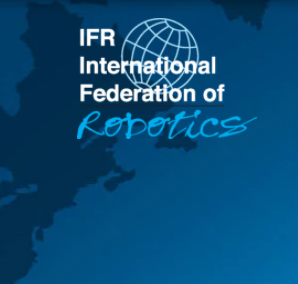 The Executive Board of the International Federation of Robotics (IFR) has elected Marina Bill of ABB as its new President. Kenji Yamaguchi of FANUC appointed as IFR´s new Vice President. more

This year’s “Award for Innovation and Entrepreneurship in Robotics & Automation” (IERA) goes to Drishti, a video analytics company based in Mountain View, California. Drishti technology supports workers on assembly lines to avoid errors and be more productive. To achieve this, the company has developed the pioneering technology “action recognition”. more

After two and a half years of only meeting online, IFR members had the chance to meet at two trade fairs in a row within three weeks: Automate in Detroit (Automate 2022 Exceeds Expectations with Largest Attendance and Exhibitor Count Ever | RoboticsTomorrow) and automatica in Munich (automatica showcased as a driving force for the industry (automatica-munich.com)). ISR Europe 2023, held in parallel to automatica, gathered 150 on-site participants.

All groups and bodies of IFR also met during both shows: Executive Board and Marcom Committee in Detroit, Research Committee, Robot Suppliers Committee, General Assembly and Service Robot Group in Munich. All meetings were held in a hybrid format to enable all members to join either ways – and both options were well attended and worked sufficiently well.

The General Assembly provided reports from all committees and through the presentations of the associations also a good overview on upcoming robotics events. We are happy to share the slides on demand.